Do we secretly love Tragedy?

Whether it’s September 11, Fukishima, the Haiti earthquake, Hurricane Katrina or the Grenfell Fire. It almost seems to me like we all love a bit of tragedy, and the media indulges us in this strange fascination.  I’ll not forget the photo of the young Syrian boy, Alan Kurdi.

I inadvertently came across his image in a news bulletin online back in 2015. Alan’s body had washed up on a Turkish beach after his family had made an ill-fated attempt to escape the war in Syria.

How heartbreakingly tragic. At the time, having recently became a father to my first child, this image resonated even more deeply than usual and has since embedded itself in my mind. It got me thinking.

How did I end up seeing that gut-wrenching image? I’m fairly sure it wasn’t on the front page, so I must have clicked on an article that said ‘Shocking images of drowned Syrian boy’ or something similar, right?  The media now seems to proliferate such images in an increasingly alarming manner.

Whether I’m looking at an acid attack or a missing limb due to a crocodile bite, it appears to be hard to avoid at times. In truth, every one of us who end up on such pages have usually made a decision to click on the tagline. Our immunity to such material increases as we become less and less emotionally sensitive to it.

Let’s take a look a little deeper into the reasons why we might do choose to view such imagery and how it can influence the creation of a safety paradox in the workplace.

Of course, if such images were not acting as click-bait and generating awesome viewing figures, they wouldn’t be published. The reason for this may be to do with an innate ‘negativity bias’ in humans. In simple terms, this is a survival instinct which helps us identify and respond to perceived danger.

Believe it or not, we are sub-consciously drawn toward negative news as a primal defence mechanism and that’s why our news feeds are full of it.

When is the last time you saw a positive health & safety story in the news? They aren’t that easy to come by, and are wildly outnumbered by negative headlines. This penchant for horror stories is perhaps well understood.

But, do we actually change our outlooks or behaviours as a result of what we have just witnessed?

Or does it just serve to provide us comfort as we sit in the security of our own offices/homes that we are not involved in similar situations? Otherwise known as ‘that would never happen to me’ syndrome.

From one extreme to the Other

Thinking along these lines, I began to see parallels with Workplace Health & Safety. We are often guilty of falling into the trap of recommending HSE defences to control the every worst case scenario, every time. Many of these ‘defence measures’ offer insignificant risk reduction at high cost to the business. Is this justified where there is a miniscule likelihood of harm in the first place?

Once these over-zealous measures are put in place, we walk away thinking the job is done. Whilst also being satisfied that our collective asses are adequately covered. From this point, a light sprinkle of paperwork mixed with a splash of blissful ignorance and everyone is happy.

I think this type of approach seriously damages the image of health, safety & environment profession. It also endangers the existence of a positive behavioural culture. From here, it is a slippery slope toward apathy and accidents.

We love seeing others Fail

On a recent seminar a key contributor noted that people still want to click on HSE Prosecutions pretty much more than anything. Perhaps ‘negativity bias’ may help explain both this phenomenon and the reason why HSE has an image problem.

We tend to like to look at where others are going wrong rather than where we are going right.

By attempting to protect ourselves through using examples of how others have come to harm and then applying maximum ass-coverage, we have created a bureaucratic monster.

In the long-term, this approach is certainly not positive for the progression of health, safety & environmental management. It feeds into the myths surrounding the industry that the media helps to proliferate. I am referring to that attitude of over-prescribing, risk-averse H&S inspectors who’s only mission is to catch people out and punish them for non-compliance.

This, in turn, leads to disenchantment and disconnection with the intent of good HSE management. It splits the camps into those who prefer to bury their head in the sand, and those who go overboard with rules & regulations.

This links us to what has been referenced by some as the safety paradox. This is a theory of contradiction where the intent does not produce the desired outcome. From my own experience in practicing and observing others, there is a definite inclination for people to be comforted by paperwork completion.

It reassures us of what we perceive should be happening. As a by-product, we tend to then forget about concentrating on what is actually going on in reality.

A study by D.Borys on ‘Risk-Awareness as a Cultural Approach to Safety’ recognised a significant disconnect between management and workers.  Both parties were under an illusion of safety for very different reasons. Management validated their role through completion of paperwork.

Meanwhile, the worker’s indicated that paperwork held minimal value and  that they relied on common sense to carry out their duties safely. Arguably, it is within this gap that risk resides and cultivates.

Also, a lack of senior-level understanding & support for those primarily responsible for Health & Safety can create a unproductive feedback loop. This results in managers concentrating on the wrong things, such as performance metrics. An obsession with metrics can be detrimental to any facet of an organisation, let alone the building of a positive HSE culture.

Unfortunately, health and safety is heavily beset by metrics and this habit can prove very difficult to break. The usefulness of metrics as positive indicators can be vastly overstated. Crucially, it can divert people’s attention from what’s actually important.

Have you ever heard of Campbell’s Law? It states that once a metric has been identified as a primary indicator for success, its ability to accurately measure success tends to be compromised. In other words, the outcomes are more likely to be manipulated to influence the end result. This is worrying.

Perhaps something to think about the next time you are discussing HSE performance with your boss or your client.

How can we change the Script?

Most people who are affected by Workplace HSE have an opinion on it, in fact many have staunch positions on the subject and struggle to accept different perspectives. I would argue that we are too focused on the negative aspects of HSE as a driver. There is still a need for a mindset shift if we are to truly utilise the human side of safety.

By reducing the paperwork burden and the focus on metrics, we might be able to demonstrate better  that we are in touch with what is happening in reality. We can spend more time using other people’s feedback and expertise to really add value. To ensure that they can carry out their work with minimal risk of coming to harm.

Many Manager’s and HSE professionals already take this type of approach, however it is hard to argue that the safety paradox doesn’t exist in most workplaces. Whether we would like to admit it or not.

To deliver a proportionate approach, we need to have a more balanced view of risk & reward.  As those responsible for health & safety,  we must be honest with ourselves. We also need to have the confidence to question the value of every HSE-related task. Then we can begin closing that gap between management and the workforce.

For some awesome HSE learning, make sure to join us for the Safeti Podcast.

What is a Risk Matrix? Using a risk matrix for your workplace risk assessment allows you to look at each hazard and […] 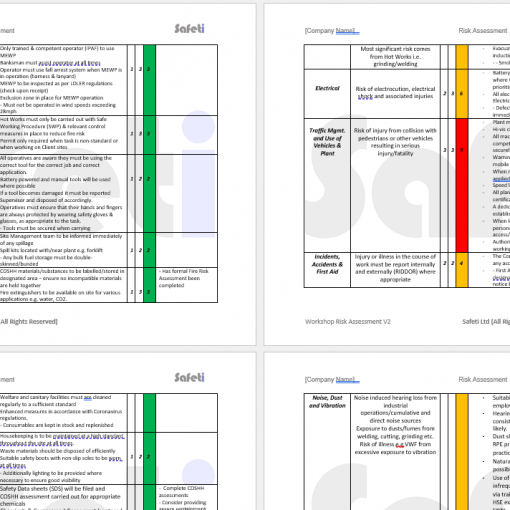 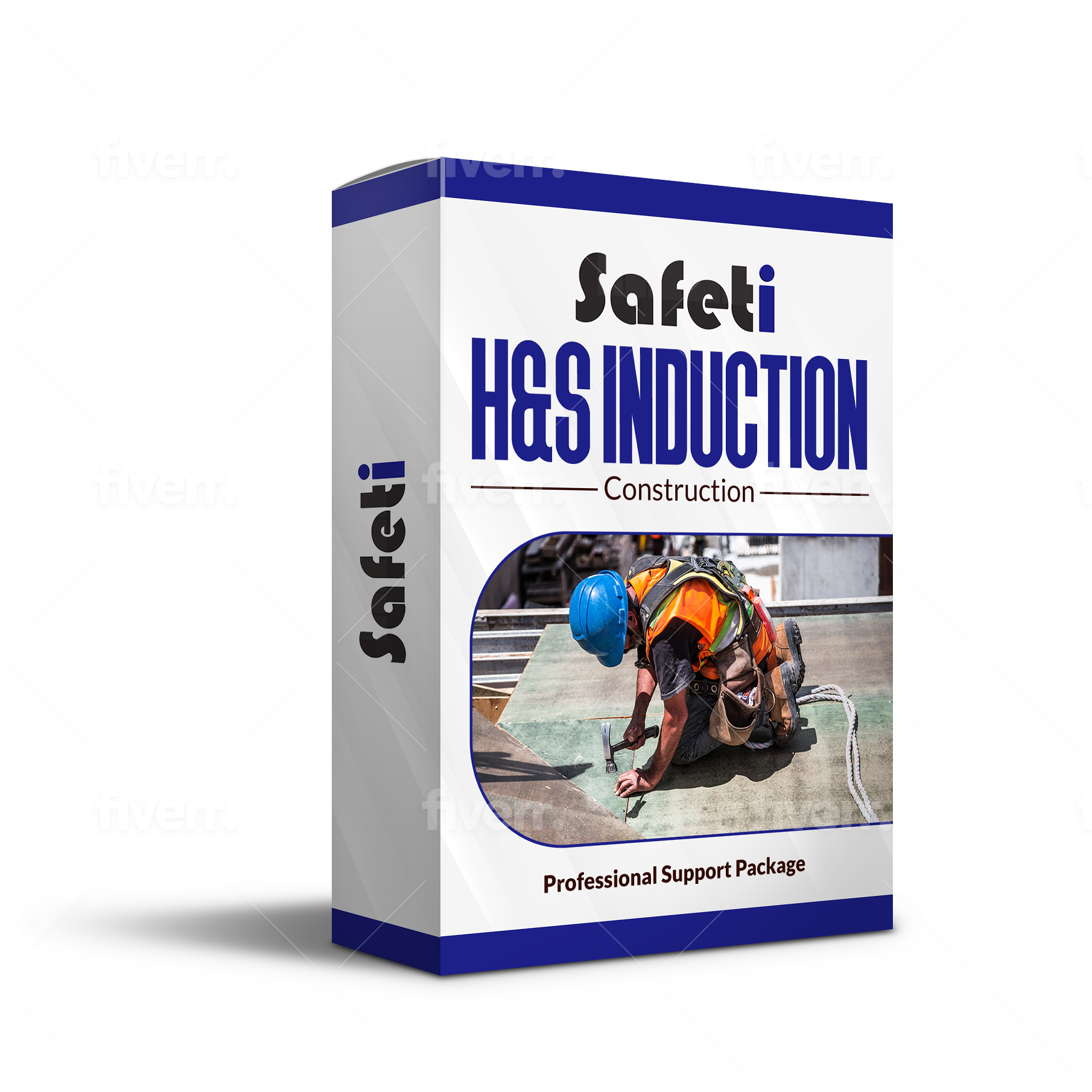 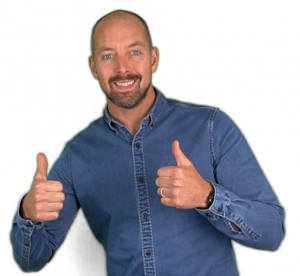