Is harsher punishment a good thing?

In late 2017, I took a look at the Health and Safety Sentencing Guidelines One Year On publication produced by IOSH in 2017, extracting the key messages and summarising what had changed.

A few months later, with more information starting to filter out, I thought it would be good to add a bit more info and speak to a legal expert for an opinion. Also, a new Definitive Guideline on manslaughter offences has now been finalised and is to take effect in November 2018.

I spoke to Kizzy Augustin, health and safety specialist and Partner at Russell-Cooke Solicitors in London on my podcast series.

Kizzy gave us a rundown of the changes and an overview of their impact thus far.

Since 1 Feb 2016, new guidance was published on exactly how H&S prosecutions should be sentenced (also new guidance applies to Environmental sentencing since 2014)

The guidance is used to determine the level of punishment to be dished out to companies and individuals for breaches of health & safety law. The fines are arguably now better aligned to the estimated cost of Workplace Illness & Injury, said to be £14.1B to the UK Economy (HSE, 2016).

What had changed with the sentencing guidelines?

Little guidance existed before, except that some guidance was provided in the event of a fatality. Now, courts have a step-by-step guide on how to sentence companies, which I have summarised for you here – Health and Safety Sentencing Guidelines Summary.

This has resulted in significant escalation of punishment and subsequently increased public interest.

Notably, large Health and Safety fines are now imposable where there has been no illness or injury caused. The only requirement is that there has been a provable risk of harm without adequate control, such as the case of contractor Walltopia in August 2016.

This is an interesting change in dynamic and gives the courts much more power to punish on the grounds of the potential outcome rather than an actual outcome. Walltopia were penalised heavily (£500,000 fine) for not providing adequate protection for employees working at height.

Have the health and safety sentencing guidelines had an impact?

The stats for 2016 suggest that 46 Company Directors/Senior Managers were prosecuted, almost double the average of the 5 previous years.

34 were found to be guilty and 12 of these were given prison sentences.

If you are found to have had foresight of the risk and deliberately disregarded the law, you may be considered ‘highly culpable’.

This could easily result in a huge fine for an organisation or custodial sentence for an individual.

That is significant from a financial perspective, see the graph below. It will be interesting to see how this trend develops.

In 2017, 46 directors were successfully prosecuted, six of which were convicted of corporate manslaughter on a personal basis.

Of those convicted, 17 received a suspended prison sentence and 17 an immediate custodial sentence for an average of 21 months.

While fines remain the most common penalty following a conviction, the use of immediate and suspended custodial sentences has increased in 2016/17.

In the previous year 4% of offences convicted resulted in immediate custodial sentence and this has increased to 6% in 2016/17.

Any number of examples of this in action are now visible on the HSE Prosecutions area or the Press Release page.
I find it useful to share relevant prosecutions with certain audiences, particularly if the group can relate it their own activities.

I think if they are used in the right way, such examples can stimulate valuable debate and raise awareness among teams.

In the data within the HSE latest report, it is clear to see the upward trajectory in the total value of fines being issued.

Gross Negligence Manslaughter – what is different?

According to the guidance, gross negligence manslaughter cases should be reserved for those that are “truly, exceptionally bad”.

They occur where there has been a “gross” breach of duty, which can be a single or number of acts or omissions by an individual or individuals which have caused a death.

The new Guideline follows a similar step-by-step approach as taken in the health and safety offences guidelines.

The expected outcome will be harsher penalties of a level the public would consider appropriate for events of the most serious nature and consequence.

The Guideline sets a starting point for culpability level A “very high” offences of 12 years custody with a range of 10-18 years imprisonment.

At the other end, a culpability level D “lower culpability” offence, starts at 2 years with a range of 1-4 years.

In cases of Gross Negligence Manslaughter, it’s almost a given that regulators will recommend that the offence is at least ‘high culpability’.

Aggravating factors (those that support harsher punishment) include a blatant disregard despite a very high risk of death.

Also, if the conduct is motivated by financial gain (or avoidance of cost), ignoring previous warnings and/or offender being in a leading role if acting with others.

Mitigating factors (those supporting leniency) include the offender lacking the necessary expertise or training.

Also considered are self-reporting/co-operation with the investigation. Or if the offender was under stress or pressure from competing or complex demands. It’s OK, we have great insurance!

It’s OK, we have great insurance!

Whilst we are talking about court fines, it is very much worth mentioning employer’s liability insurance.

Without considering the PR damage and other indirect cost that a prosecution will bring in both the short and medium term, who pays the fines?

This potentially substantial cost must come directly from either the business coffers or from an individual.

It helps to know the terms and conditions of your Employer’s Liability insurance and of the potential implications.

There is a generally poor level of awareness as to the specific scope of insurance cover. It is worthwhile to dig into this question a bit deeper within your own organisation or for your clients.

Insurance policies will not indemnify (cover) you for fines imposed for criminal conduct or imposed by a regulator.

There appears to be some confusion over this important detail.

Suffice to say, this specific topic of insurance deserves a whole other level of detail to be explained fully.

However, it would in the very least be prudent to ensure that you and your company understand the exact coverage and limitations of your current insurance policy and make adjustments where necessary.Proactivity is the key…

Proactivity is the key…

The goalposts have shifted with the new sentencing regime. We can expect to see both companies and individuals being held to account. in a much more consistent and robust manner when it comes to the courts.

The real impact and the tangible value of the changes remains to be seen but one thing is for sure.

When major international companies such as Balfour Beatty and Merlin Attractions are being hit with multi-million pound health and safety fines due to regulatory breaches, people are more likely to notice.

On top of the deep human cost of not making the right decisions, there are a whole spectrum of other direct and indirect costs involved with prosecutions, such as legal fees, consultancy costs, the management time, lost business etc.

More than ever, it really pays to get your act together when it comes to the health, safety and environmental impacts of your business.

Let’s hope that this increased legal risk doesn’t just become another line on the excel spreadsheet that is forecast into the annual budget. The changes are already having a clear impact on businesses and individuals.

Be proactive now, and it will pay dividends into the future.

To dig in to this topic a bit further, we got health and safety legal expert Kizzy Augustin onto the Safeti Podcast show to tell her views….

Make sure to check it out here….

Any of the legal references in the article apply to England & Wales only, there may be plans for the Health and Safety Sentencing Guidelines to be fully or partially adopted in Scotland and Northern Ireland in the future.

Hopefully you have found this summary useful, please see our free PDF summary of the changes to the Sentencing Guidelines below.

Richard Collins
Consultant & Director at Safeti
Hi, I’m Richard Collins, owner of Safeti and Chartered Health Safety and Environmental professional. If there's anything I can help you with, please don't hesitate to get in touch via info@safeti.com. Thank you for visiting us here at safeti.com. 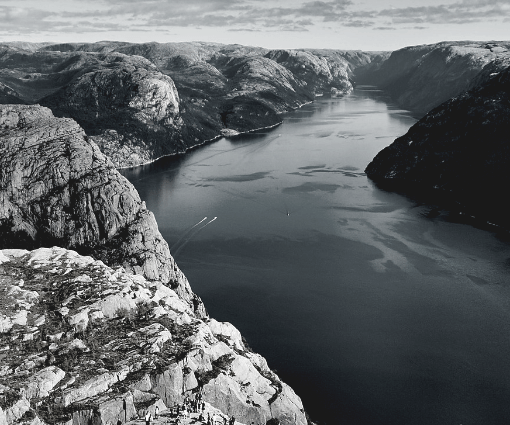 There’s been loads of debate on numerous forums and blogs regarding the NEBOSH and NCRQ Health & Safety course offerings. If you […] 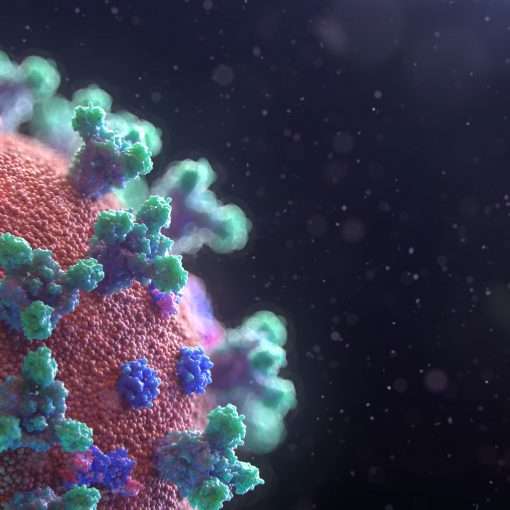 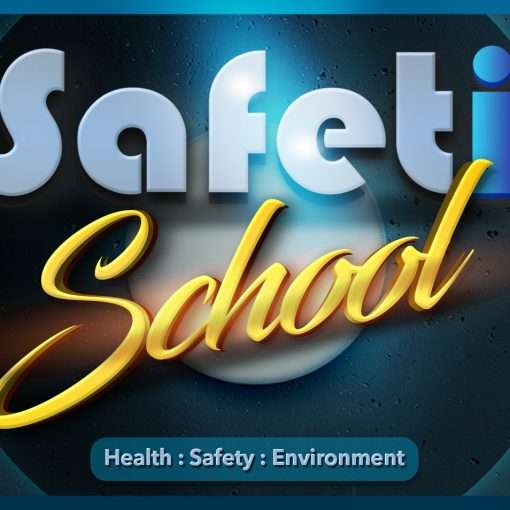 We crunch down Environment, Health and Safety learning into simple, bite-size snippets that you can use for your business. Our aim is […] 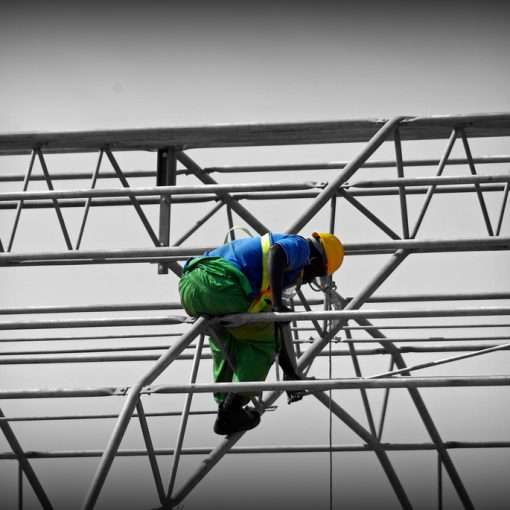 We can help you take the worry out of Health & Safety – if you are operating a business, it’s essential to […]

‘Importance of Reaching Out’ with Shona Darley